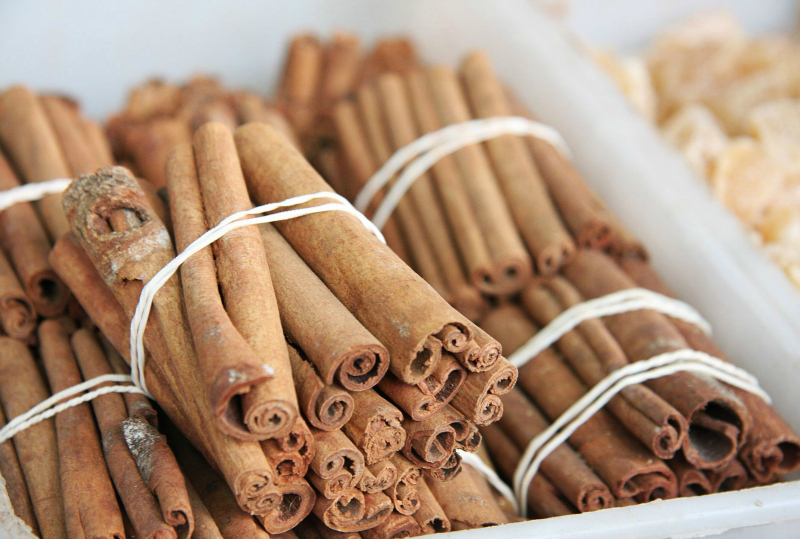 Cinnamon is a spice obtained from the inner bark of several trees from the genus Cinnamomum that is used in both sweet and savoury foods. It has originated from tropical Asia.While native only to the island of Sri Lanka, cinnamon trees are now naturalized in South East Asia.The health benefits of cinnamon can be attributed to its antibacterial, antifungal, antimicrobial, astringent and anti clotting properties. Cinnamon is rich in essential minerals such as manganese, iron and calcium. It is also rich in fiber. 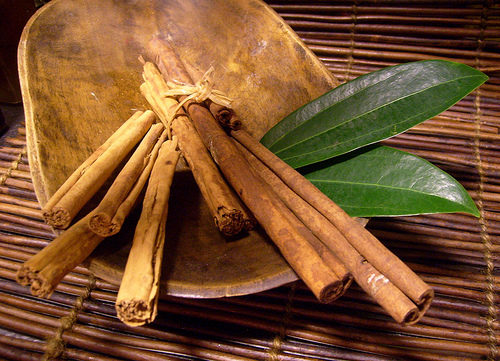 2) Gastrointestinal uses – Cinnamon is very effective for indigestion, nausea, vomiting, upset stomach, diarrhea and flatulence. Due to its carminative properties, it is very helpful in removing gas from the stomach and intestines. It also removes acidity, diarrhea and morning sickness. It is therefore often referred to as a digestive tonic.

3) Anti-infective uses – Due to its antifungal, antibacterial, antiviral and antiseptic properties, it is effective on external as well as internal infections

6) Pesticide – Most pests dislike the taste and smell of cinnamon bark. Ants will not cross a line made with powdered cinnamon bark; mice also tend to dislike its scent. Dietitian Leslie Beck recommends cinnamon bark as an alternative to synthetic insect repellents and pesticides.

7) Potpourri and perfume – Most people find cinnamon's spicy aroma pleasant. Because of this, cinnamon bark and cinnamon oil are popular components of natural potpourris and perfumes.

8) Antimicrobial – Compounds in cinnamon have antimicrobial effects. They may help destroy infectious bacteria and viruses. Cinnamon bark is used in natural toothpaste formulas because of its ability to fight the bacteria responsible for dental plaque and tooth decay.

10) Pain – Due to its anti-inflammatory properties, cinnamon helps relaxing muscles, relieves pain and stiffness of muscle and joints and it also helps removing headache caused by cold

12) Breath freshener – Cinnamon is used in chewing gums as it is a good mouth freshener and removes bad breath.

14) Mosquito repellent – Apart from the leaves of cinnamon, its bark is also a good source of cinnamaldehyde, which is an active mosquito killing agent